The Lasso reported on September 18, 2020, that a Denton man was arrested on Texas Woman’s University’s campus and charged with felony possession after police three found three vials of liquid tetrahydrocannabinol (THC) in his car. Campus police pulled over the 20-year-old man, who is not affiliated with the university, in the 500 block of East University Drive around 5:25 a.m. after officers saw him driving down Bell Avenue with his headlights off.

Officers smelled marijuana and conducted a probable-cause search of the vehicle, finding an unspecified amount of marijuana and the vials of liquid THC. The man told police the drugs belonged to a friend.

The man was arrested for possession of a controlled substance between one-fourth of an ounce and 5 pounds, a state jail felony. He was transferred to the Denton County Jail.

When it comes to THC concentrates in Denton, knowing or intentional possession of a controlled substance in Penalty Group 2-A is punishable as follows under Texas Health and Safety Code §481.1161:

Under Texas Health and Safety Code §481.113, a person can face the following penalties for knowingly manufacturing, delivering, or possessing with intent to deliver a controlled substance listed in Penalty Group 2 or 2-A:

Anything over 4 ounces is a felony and may still be prosecuted in Denton, even with the difficulty in testing marijuana in Texas. People who have been convicted of any kind of marijuana crime in Texas should consider sealing or expunging their criminal records to prevent their crimes from impacting their professional lives.

Were you arrested for a marijuana or THC concentrate offense in the Denton area? You are going to want to have a skilled criminal defense attorney on your side when you go to court to address the criminal charges. Make sure you contact The Law Offices of Richard C. McConathy to get a complete perspective on how your case could be handled and what options you might have. Our firm will be happy to sit down with you and take the time to go over all that you are facing when you call (940) 222-8004 or contact us online to take advantage of a free, confidential consultation.
Share: 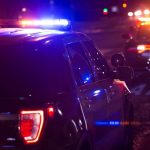 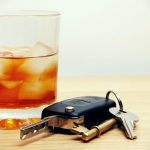