An offense needs to be prosecuted when a warrant is issued for a person’s arrest for a crime committed in Texas. When a person cannot be located in Texas, they may be extradited back to Texas through extradition.

The Law Offices of Richard C. McConathy helps clients being held out of state while awaiting extradition back to the State of Texas as a fugitive and people being held in Texas while awaiting extradition to another state. The court in the asylum state or the demanding state may grant bond, and a criminal defense attorney will begin investigating possible defenses to present to a jury.

If you or your loved one is dealing with extradition in Denton, get yourself legal representation as soon as possible. The Law Offices of Richard C. McConathy represent clients in all kinds of extradition cases. Our firm knows how to help people fight to prove their innocence and avoid costly penalties.

Call (940) 222-8004 or contact the Law Offices of Richard C. McConathy today for a consultation about your alleged offense in Denton, Frisco, Lewisville, Flower Mound, and surrounding areas of Denton County, Texas. We can help you better understand the nature of your charges and also examine your possible defense options.

Extradition is the surrender by one state to another of a person charged with or convicted of a criminal offense outside its own territory and within the territorial jurisdiction of another. Texas often notes on National Crime Information Center (NCIC) certain limitations on extradition such as EXTR ADJACENT STATES ONLY, EXTR WEST OF MISS ONLY, or EXTR WITHIN 1000 MILES ONLY.

There can be other warrants that do not meet the Texas definition of extradition, as most misdemeanors are not eligible for extradition. EXL Codes used in Texas include:

Extraditions in Texas will be governed by the Uniform Criminal Extradition Act (UCEA), codified into Texas Law under Article 51.13 of the Texas Code of Criminal Procedure (TCCP). The UCEA establishes that “it is the duty of the Governor of this State to have arrested and delivered up to the Executive Authority of any other State of the United States any person charged in that State with treason, felony, or other crime, who has fled from justice and is found in this State.”

A magistrate can issue an arrest warrant or continue holding a person for extradition when the alleged offender needs to be charged on the oath of any credible person before any judge or magistrate of Texas or have a complaint … made before any judge or magistrate by affidavit of any credible person in another state. A magistrate can approve a warrant based on a complaint by affidavit if the complaint states that a crime has been committed in such other state and that the accused has been charged in such state with the commission of the crime, and except in cases arising under Section 6 [of the UCEA], has fled from justice, or with having been convicted of a crime in that State and having escaped from confinement, or having broken the terms of his bail, probation or parole and is believed to be in Texas.

When Texas is the Demanding State – Awaiting Extradition to Texas

If a person is being held in another state and awaiting extradition to Texas, their first priority will be hiring an attorney in the state where the warrant was issued. When extradition occurs, a criminal defense lawyer will be necessary in the jurisdiction to defend the case.

Even if extradition does not occur, a warrant generally remains outstanding until a person surrenders on the warrant. Even when they are released, a person can be arrested again and held for extradition.

In most cases, an attorney in a demanding state can talk with a prosecutor about agreeing to a lower bond. Alternatively, a court can also provide relief allowing a person to be released in the asylum state so that they can return voluntarily to Texas to surrender on the warrant.

When Texas is the Asylum State – Awaiting Extradition to Another State

Certain time limits exist in extradition cases that prohibit people from being held in jail for longer than permitted. For example, if a governor’s warrant was not formally issued and extradition was not waived, then a trial court is permitted to extend the incarceration for 30 days.

A court also has the discretion to extend the incarceration for another 60 days when a warrant has still not been issued. If a governor’s warrant is not produced within the time period, then the person must be released from custody.

Section 3 of Article 51.13 provides that no demand for extradition of a person charged with crime in another state will be recognized by a governor unless in writing, alleging, except in cases arising under Section 6, that the accused was present in the demanding state at the time of the commission of the alleged crime, and that thereafter he fled from the state, and accompanied by a copy of an indictment found or by information supported by affidavit in the state having jurisdiction of the crime, or by a copy of an affidavit before a magistrate there, together with a copy of any warrant which issued thereupon;  or by a copy of a judgment of conviction or of a sentence imposed in the execution thereof, together with a statement by the Executive Authority of the demanding State that the person claimed has escaped from confinement or has broken the terms of his bail, probation or parole.  The indictment, information, or affidavit made before the magistrate must substantially charge the person demanded with having committed a crime under the law of that State;  and the copy of the indictment, information, affidavit, a judgment of conviction or sentence must be authenticated by the Executive Authority making the demand;  provided, however, that all such copies of the aforesaid instruments shall be in duplicate, one complete set of such instruments to be delivered to the defendant or to his attorney.

The United States Supreme Court held in Michigan v. Doran, 439 U.S. 282, 288-89 (1978), that “[a] governor’s grant of extradition is prima facie evidence that the constitutional and statutory requirements have been met.” It also held that “once the governor of the asylum state has acted on a requisition for extradition based on the demanding state’s judicial determination that probable cause existed, no further judicial inquiry may be had on that issue in the asylum state.”

When an extradition arrest is made pursuant to a governor’s warrant, the alleged offender can contest the extradition by filing a writ of habeas corpus. If an arrest is pursuant to a Texas magistrate’s warrant, then the alleged offender must be brought before the magistrate to answer the charge or complaint and affidavit a certified copy of sworn affidavit upon which the warrant is issued shall be attached to the warrant. 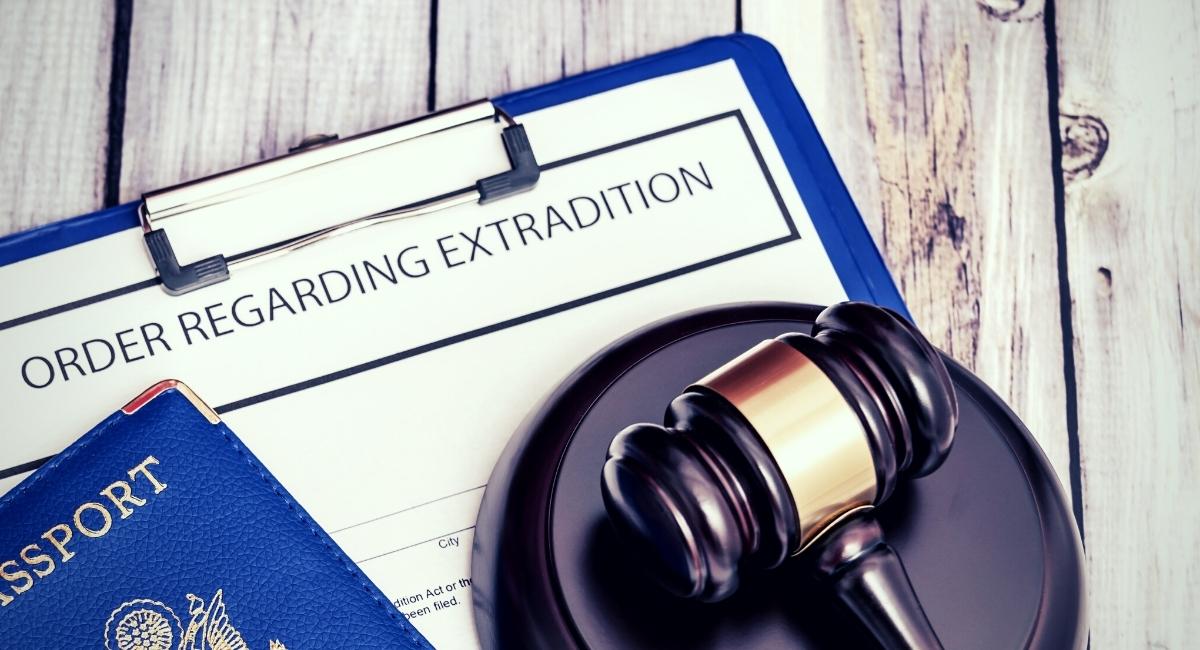 Sheriff | Denton County, TX — The sheriff is the chief law enforcement officer for Denton County and is responsible for operating county jails, investigating crimes, making arrests, enforcing traffic regulations on county roads, serving writs, seizing property after judgment, and maintaining communications with other law enforcement organizations. The sheriff has countywide jurisdiction, but most sheriffs’ departments concentrate their activities outside city limits where municipal officers cannot operate. Use this website to perform a bond records search, a jail records search, or an open records request.

If you are facing extradition in Denton County, you need to retain legal counsel without delay. The Law Offices of Richard C. McConathy can be your legal advocate and will know how to work toward the most favorable possible outcome in your case. Our firm understands the many complexities in these cases and can work to help people achieve results that will be more rewarding.

Contact the Law Offices of Richard C. McConathy today at (940) 222-8004 for a consultation about your alleged offense in Denton, Frisco, Lewisville, Flower Mound, and surrounding areas of Denton County, Texas.