While “fleeing or attempting to elude a law enforcement officer” sounds like a dramatic, high-speed chase on Texas highways that you might see on the news the charge of fleeing and eluding an officer frequently comes out of a misunderstanding of the alleged offender’s actions. Many people can find themselves facing these charges for far less.

You can protect your rights and fight for a favorable outcome in your fleeing and eluding case by working with an experienced traffic law defense attorney serving Denton County. Fleeing and eluding convictions can carry serious penalties that could cause many additional problems later on. 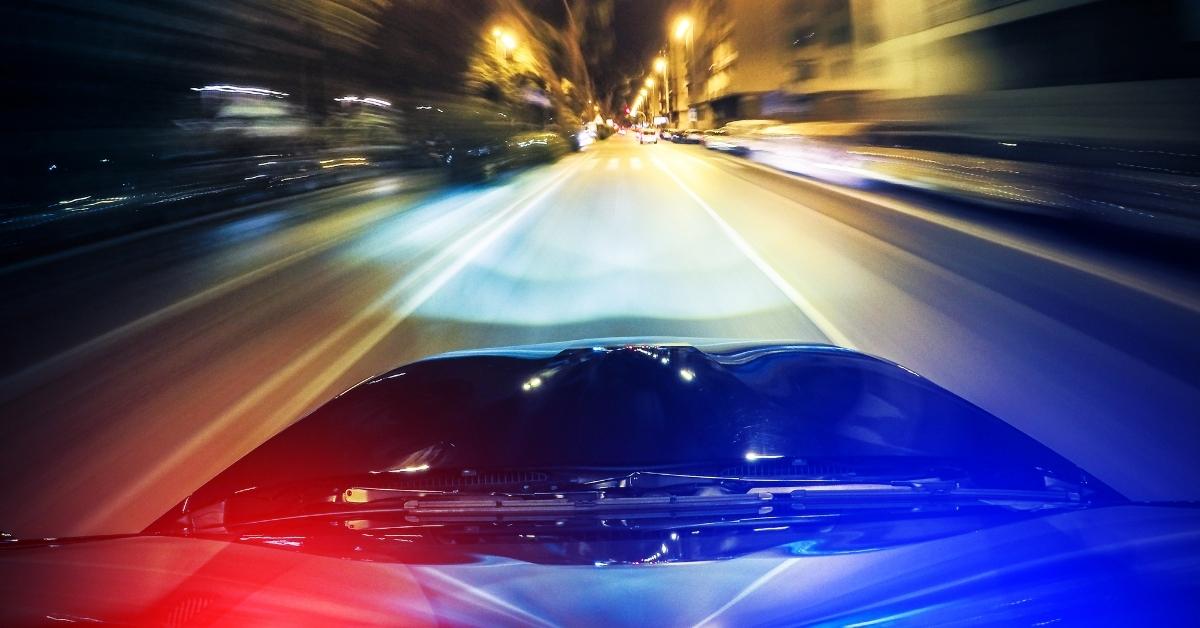 Were you arrested and charged with fleeing and eluding an officer in Denton, Frisco, Lewisville, Flower Mound, and surrounding areas of Denton County, Texas. You cannot afford to delay in looking for a criminal defense attorney. The Law Offices of Richard C. McConathy has defended many individuals who were accused of these crimes and has helped them overcome the criminal charges.

They will fight to get your fleeing an officer charge in Denton County reduced or dismissed while protecting your rights. To see what the Law Offices of Richard C. McConathy can do for your fleeing and attempting to elude a police officer case, call (940) 222-8004 or contact us online to let us talk about your case.

Definition of Fleeing and Eluding a Police Officer in Texas

Texas Transportation Code § 545.421 governs what constitutes an offense of fleeing and eluding a Texas law enforcement officer. Under the statute, a person commits fleeing and eluding if, while operating a motor vehicle on Texas roads, willfully, flees, attempts to elude, or otherwise fails or refuses to stop the vehicle in response to a visual or audible signal from a police officer.

Usually, the signal given is the lights and sirens of a police vehicle, but may also be by hand or voice. The law enforcement officer signaling the stop must be in official uniform with a prominently displayed badge of office, and any police vehicle involved must be officially and appropriately marked as a police vehicle.

It is possible to flee or elude an officer by failing to stop at the signal of an officer who is directing or stopping traffic on foot even though a charge of fleeing and eluding a Texas police officer frequently involves both the vehicle of the alleged offender and a police vehicle. No matter the circumstances of your fleeing and eluding charge in Denton County, a qualified traffic law defense attorney can fight against the serious consequences that come with a conviction of fleeing and eluding a law enforcement officer in Texas.

Penalties for Fleeing and Eluding a Texas Law Enforcement Officer

The consequences of a conviction for fleeing and eluding a Texas police officer depend on the factors involved in the case. Fleeing or attempting to elude a police officer in Texas is usually a Class B misdemeanor. According to Texas Penal Code § 12.22, an individual convicted of a Class B misdemeanor offense faces a maximum penalty of 180 days in prison and a $2,000 fine.

Under Texas Penal Code § 49.01(2), intoxicated means not having the normal use of mental or physical faculties by reason of the introduction of alcohol, a controlled substance, a drug, a dangerous drug, a combination of two or more of those substances, or any other substance into the body; or having an alcohol concentration of 0.08 or more.

A Class A misdemeanor is punishable by a maximum of one year and jail and $4,000 in fines under Texas Penal Code § 12.21. A qualified DFW traffic lawyer can fight these consequences with a comprehensive defense that includes elements like the lack of willful disregard for the law.

“Intoxicated” means not having the normal use of mental or physical faculties by reason of the introduction of alcohol, a controlled substance, a drug, a dangerous drug, a combination of two or more of those substances, or any other substance into the body; or having an alcohol concentration of 0.08 or more.

Possible Defenses to Fleeing and Eluding in Denton County

In order to be convicted of fleeing and eluding a police officer in Denton County, the prosecution must prove beyond a reasonable doubt that the person operating the motor vehicle willfully failed or refused to stop after being given the signal to stop by a Texas law enforcement officer. An experienced criminal defense attorney can use certain factors in your case to shed doubt on the element of willful intent, such as:

Fleeing and Eluding vs. Evading Arrest in Denton County

Failing to stop and follow law enforcement instructions while driving can also lead to an arrest for evading or eluding law enforcement. While these two offenses sound similar, they are defined differently under the Texas Transportation Code and result in different penalties.

The definition for evading arrest is located under the Texas Penal Code § 38.04. Under the statute, a person is guilty of evading law enforcement if they intentionally flee from someone they know is a peace officer or federal investigator trying to lawfully detain/arrest them. Eluding law enforcement, on the other hand, involves willfully refusing or failing to stop a vehicle after an officer has given an audible/visual signal to pull over.

The difference is a person must have a warrant pending or know they are about to be arrested and then flee law enforcement to face charges for evading. Both crimes carry serious penalties, but the sentencing conditions for evading arrest are much more severe. The crime is a state jail felony punishable by two years in a state jail and/or a fine of $10,000.

Texas Transportation Code § 545.421 — View the full state law relating to fleeing and eluding in Texas. The statute specifies that a signal under this section that is given by a police officer pursuing a vehicle may be by hand, voice, emergency light, or siren, and the officer giving the signal must be in uniform and prominently display the officer’s badge of office. A person is presumed to have recklessly engaged in conduct placing another in imminent danger of serious bodily injury if the person while intoxicated knowingly operated a motor vehicle during the commission of the offense.

Stein v. State, 515 S.W.2d 104 (1974) — This was an appeal from a conviction of wilfully fleeing from a police officer. The jury assessed the punishment at a fine of one hundred dollars. The main contentions of Stein were that Section 186 of the Act is unconstitutional because the caption does not indicate that the amendment prescribes a penalty contrary to the provisions of the Texas Constitution, Article 3, Section 35, Vernon’s Ann.St., and that the amendment is unconstitutionally vague and indefinite. The Court of Criminal Appeals of Texas held that the error in reciting the minimum punishment in the court’s charge was harmful, especially in view of the fact that the jury assessed the minimum punishment authorized under the charge. Stein’s motion for rehearing was granted, the prior opinion was withdrawn, the judgment of conviction was set aside and the cause was reversed and remanded for a new trial.

Were you charged with fleeing and attempting to elude a Texas law enforcement officer in Denton, Frisco, Lewisville, Flower Mound, and surrounding areas of Denton County, Texas? Contact the experienced defense lawyers of the Law Offices of Richard C. McConathy.

They will do whatever it takes to prepare a customized, comprehensive defense and fight for a favorable outcome. Call (940) 222-8004 or contact us online today to schedule your free initial consultation with the Law Offices of Richard C. McConathy.