Protective orders, which are also commonly known as restraining orders or orders of protection, generally become effective after a judge has found family violence has occurred and is likely to occur in the future between two people. Family violence situations often result from false allegations or situations where one party wishes to gain a more favorable position in a divorce or child custody case. Protective order hearings may be your only chance to present your side of the case and avoid a restraining order put in place against you.

If you have been served with a petition for a protective order in Denton, or any of the surrounding areas in Texas, including Little Elm, Highland Village, Argyle, Flower Mound, and The Colony.

Attorney Richard McConathy is knowledgeable in all areas of Texas’s family violence laws. He will fight to help you achieve the most desirable outcome for your particular situation. Call the Law Offices of Richard C. McConathy for a free consultation at (940) 222-8004 about your protective order hearing.

When dealing with a potential protective order and protective order hearing in DFW, it is important to understand the key concepts. The following terms are defined in Chapter 71 of the Texas Family Code:

Family Violence – This can occur when one family member commits an intentional act against another to cause bodily injury, physical harm, assault, or sexual assault. Family violence is also commonly known as domestic abuse, domestic violence, spousal abuse, or dating violence.

Respondent – This is the individual for whom the protective order is being requested and who allegedly committed the family violence against the petitioner. The injunction is a court-ordered prohibition against doing a specific act. A protective order typically has several injunctions.

The protective order hearing process is defined in Chapters 82, 83, and 84 of the Texas Family Code. The process is initiated when one individual claims another individual has committed violence against them, or they are afraid the other person will commit violence against them in the future. This person, the petitioner, will then file an application for a protective order.

If the court grants a protective order after the hearing, or a default order has been entered because the respondent did not appear, the respondent may be prohibited from engaging in certain acts or required to commit certain acts. According to Sections 85.021 and 85.022 of the Texas Family Code, some of the most common injunctions in the protective order can include:

A protective order in Texas is effective for a maximum period of two years.

A violation of a protective order is generally a Class A misdemeanor. If convicted, maximum penalties include one year in jail and a $4,000 fine.

If the alleged violator has two or more prior violation convictions or commits an assault or stalking offense, they can instead be charged with a third-degree felony. Maximum penalties for a third-degree felony include a $10,000 fine and a prison sentence ranging from two to ten years. 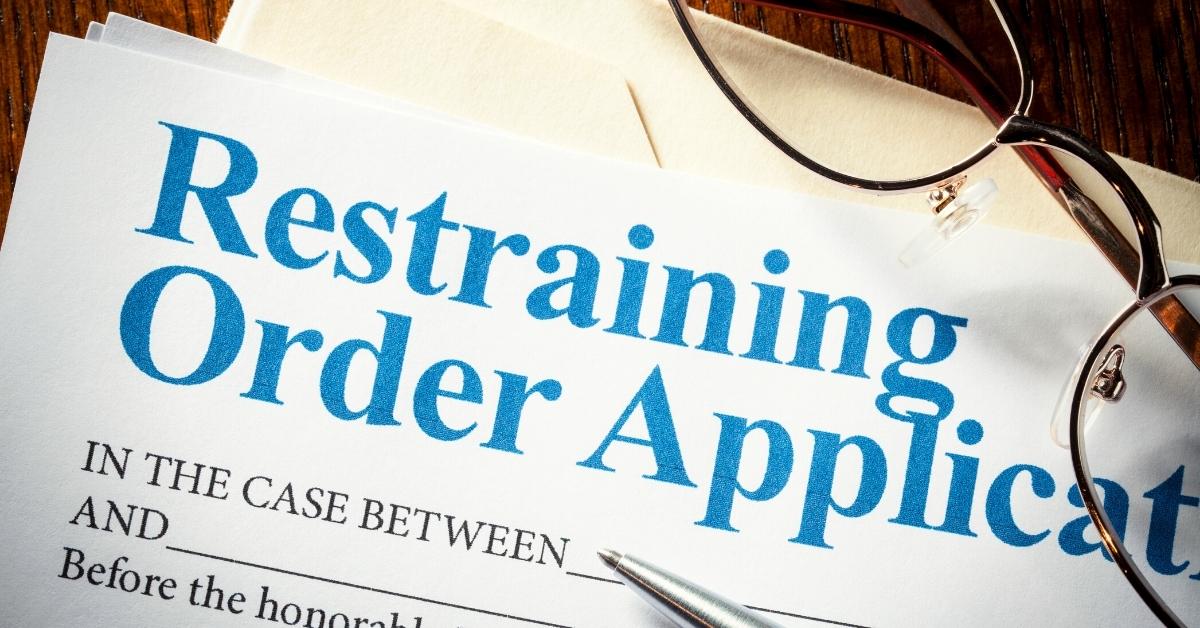 Protective Order Registry – Texas Judicial Branch — In 2019, the Texas Legislature passed SB 325, requiring the Texas Office of Court Administration (the Office) to develop a Protective Order Registry (the Registry). The bill is now codified in Chapter 72, Subchapter F of the Texas Government Code, §§ 72.151 – 72.158.  This important legislation is also known as “Monica’s Law” in honor of Monica Deming, who was murdered by an abusive ex-boyfriend in 2015 in Odessa, Texas. Unbeknownst to Monica, the perpetrator had been the subject of two prior protective orders. While state and federal law currently provides peace officers access to limited information on issued protective orders, the Registry provides access to both applications and orders to other members of the justice community. In addition, the Registry contains images of both applications and orders to facilitate more comprehensive investigation and enforcement. The statewide registry also provides limited public access to protective orders when the protected person has authorized access. This access is subject to strict confidentiality standards to protect victims of family violence, stalking, sexual assault, and human trafficking.

Protective Orders — View a Texas Courts handout covering everything to know about protective orders. Read about getting ready for court, making a safety plan, and much more.

Myths about protective orders | Texas District & County Attorneys Association — Restraining orders and protective orders are ­not essentially the same thing. Restraining orders, as referred to within the context of the Texas Family Code, are actually either temporary restraining orders (TROs) or injunctions. TROs generally contain boilerplate language and are filed together with either a Petition for Divorce1 or Suits Affecting the Parent-Child Relationship2 and contain a long list of prohibitions against the adverse party for the preservation of the property and the protection of the parties, which include threatening or harassing the applicant (even by telephone), damaging her property, causing her or her children bodily injury and similar behavior.

A protective order, on the other hand, does provide a more immediate remedy for the injured party by way of the criminal offense Violation of Protective Order, which can be enhanced to a felony depending on the circumstances. An undocumented individual who has grounds to request a protective order will not be deported solely on the basis of her request for a protective order. The Family Code provides definitions for dating violence and what constitutes a family, household, member of a household, and family violence and does not differentiate with regard to the victim’s citizenship status. Many of the victims seeking a protective order for family violence, stalking, or sexual assault have hidden their abuse and never reported or collected evidence of it.

There is no requirement in the Family Code or Code of Criminal Procedure that an applicant provides corroborating evidence. An applicant’s testimony alleging the respondent’s violence is sufficient to support the issuance of the order, despite the absence of police records or other evidence corroborating the applicant’s allegations.

Contact the Law Offices of Richard C. McConathy today for a consultation if you have been served with a protective order in North Texas. Richard McConathy is an experienced criminal defense lawyer in Denton with nearly two decades of experience. He will make every effort to help you avoid a protective order and to represent your best interests at your hearing.

Call (940) 222-8004 today for a free consultation about your protective order hearing. The Law Offices of Richard C. McConathy represent clients throughout Denton County.