Like the rest of America, the residents of the state of Texas have the right to bear arms. Statistics show that Texas has a 36% gun ownership rate, meaning over a third of Texans own a firearm. There are over 10,000 federally regulated licensed gun dealers in the state, and there are approximately 725,368 registered firearms in Texas, more than any state.

As you can see, individuals in Texas are well aware of their Second Amendment right to bear arms. However, it is important to remember that there are strict laws surrounding gun ownership, and individuals can be charged with a criminal offense if they are found unlawfully possessing a firearm or weapon.

Gun owners need to be aware of the situations that can lead to being charged with this crime. There are many instances in which it is unlawful to carry a weapon, even if it involves a firearm that was lawfully purchased and registered. Firearm owners unaware of firearm-related offenses risk inadvertently landing themselves in deep legal troubles.

Many situations that result in someone being charged with unlawfully carrying a weapon involve a lawful gun owner that is unaware of certain laws and regulations. For example, if a firearm owner were to be pulled over while dropping their gun off at a friend’s house to be cleaned or repaired, they may find themselves at risk of being charged with unlawfully carrying a weapon.

When this happens to you, your first instinct may be to simply plead guilty and hope you are given mercy. However, this should not be your first choice. If you find yourself facing these charges and you want to defend your honor, rights, and freedom, make sure you contact The Law Offices of Richard C. McConathy. As an experienced criminal defense lawyer serving Denton, Wise, Tarrant, Grayson, and many other counties around the state of Texas, Richard McConathy has the knowledge, passion, and strategy necessary to represent you in a court of law. For more information on how our law firm can help you, contact us today at (940) 222-8004 to receive your free consultation.

Definition of Unlawfully Carrying a Weapon 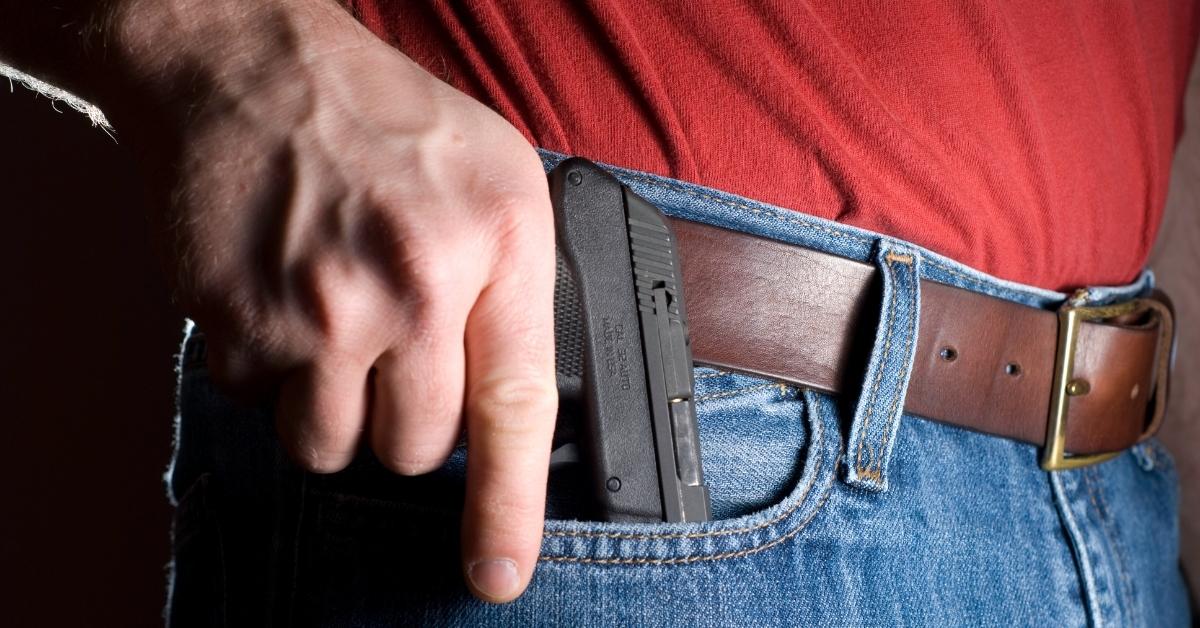 Unlawfully carrying a firearm is typically classified as a Class A misdemeanor. If an individual is convicted, they can expect to pay a fine of up to $4,000, in addition to a jail sentence that can last as long as 1 year. However, this crime can also be upgraded to a third-degree felony, which will carry consequences including a maximum fine of $10,000 and a prison sentence that can be as long as 10 years.

Being convicted of a firearm-related offense can also have collateral consequences. Many gun owners report an inability to own firearms and guns after they have been convicted of a criminal offense involving a firearm. In addition to this, CCW license holders risk having their license suspended or revoked.

One of the greatest consequences is having the court of public opinion deem you as a reckless or dangerous person. If you are found unlawfully possessing a weapon, you may have friends, family, and employers judging you based on this mistake or misunderstanding. Many individuals are quick to judge alleged offenders who are found guilty of this crime, which means that a conviction can lead to deteriorated relationships, both personal and professional.

Resources for Unlawfully Carrying a Weapon

FAS: Types of Weapons – This link takes you to the official website of The Federation of American Scientists, where you can learn more about the weapons and firearms commonly found in the United States of America. This link also contains information about problems resulting from excessive accumulation of firearms, in addition to info in regards to how Americans acquire and transfer firearms.

Texas Penal Code: Chapter 46 – This link takes you to Chapter 46 of the Texas Penal Code. This chapter explains what exactly is Unlawful to Carrying a Weapon, identifies the items considered weapons in Texas and provides information about where firearms are prohibited.

Have you been charged with or accused of unlawfully carrying a weapon? If so, do not panic. While these charges should never be ignored or underestimated, it is important to remember that they don’t always have to result in convictions. Plenty of law-abiding gun owners have found themselves in these types of situations, and many of them have been able to beat their charges, but it all starts with hiring the right criminal defense attorney.

The Law Offices of Richard C. McConathy can help you if you are trying to defend yourself against criminal charges. Our lawyers have years of experience helping clients who have gone through similar cases, and we have spent decades studying Texas law in order to provide citizens with the best possible legal defense. Richard C. McConathy and his team are ready to do what it takes to defend your honor and help you receive a favorable outcome for your case. For more information on how we can help you, call us today at (940) 222-8004 to schedule a free consultation with a legal expert in our office. You can also visit our online contact page. Simply fill out the contact form, and a member of our team will be in touch with you shortly after.